×
Home About Us Our Business Indonesia Singapore Contact Us

Transasia Group has been heavily involved into the coal industry of Indonesia since its first introduction into the country.

Our group was the initial owner and developer of Asmin Koalindo Tuhup project before it was acquired by the third party in 2010.

Currently Transasia Group alongside with its partners are bringing another hard coking coal project into the production stage in Murang Raya Regency of Central Kalimantan directly adjacent to Asmin Tuhup Koalindo mine and perceived to share its coal quality characteristics.

PTP project benefits from 15,000 Ha concession area, where to date 2,439 Ha were fully drilled out with 313 boreholes together with full associated geological support work and reporting.

PTP coal has been proven to be of a hard coking quality and the area drilled out so far contains in excess of 30 mln tonnes of estimated resources.

The PTP mine obtained the Operation and Production License and is expected to be in operation once all necessary infrastructure is in place with initial production volumes of 50,000 tonnes per month. 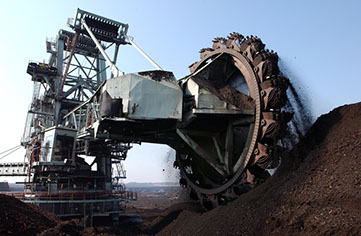